This search form uses an instant search feature. As you type, search results will appear automatically below the search field. When you've entered you desired search terms use tab to navigate through the available results and hit enter to open the selected page or document.
EDIT MAIN

None  at this time.

Please include the following:

In compliance with SECTION 504 OF THE REHABILITATION ACT and AMERICANS WITH DISABILITIES ACT, the Sioux Valley School District hereby provides the following public notice.

Applicants for admissions and employment, students, parents, persons with disabilities, employees, and all unions or professional organizations holding collective bargaining or professional agreements with the Sioux Valley School District are hereby notified that this school does not discriminate on the basis of race, sex, color, national origin, age, or disability in admission or access to, or treatment or employment in, its programs and act ivies. Any person having inquiries concerning the school’s compliance with the regulations implementing Title VI, Title IX, The Americans with Disabilities Act (ADA) or Section 504 is directed to Supt. Laura Schuster, who has been designated by the school to coordinate efforts to comply with the regulations regarding non-discrimination.

The Sioux Valley School District does not discriminate on the basis of race, color, national origin, sex, disability, or age in its programs and activities. The following person has been designated to handle inquires regarding the non-discrimination policies: Supt. Laura Schuster, PO Box 278, 200 Hansina Avenue, Volga, SD 57071. 605-627-5657. 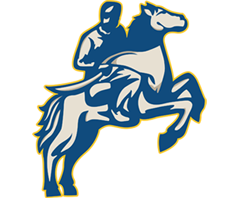